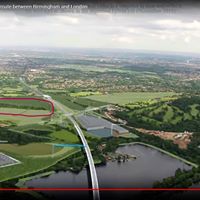 The HS2 high-speed rail project has gone off course and further cost increases and delays cannot be ruled out because of the way it is being managed, according to an report by the parliamentary spending watchdog the all-party public accounts committee in its report.

The hard-hitting report by the all-party public accounts committee accuses the Department for Transport of hiding information about cost overruns and delays from MPs, in a way that has undermined confidence in the entire scheme.

The committee says it cannot be sure that there will be no further cost increases, as the lessons from previous transport projects that have been dogged by spiralling bills and delays have not been learned.

Right from the start, HS2 has been a train designed to run on lies. The fundamental philosophy driving the project for over a decade has been to hide the truth, because the justifications for building HS2 were only invented after vested interest lobbyists persuaded Government to back the scheme.”

“The Public Accounts Committee report is quite clear, there has been a deliberate conspiracy to hide the truth about the costs of HS2 from the public and to mislead parliament. In our minds, this is not just a breach of trust, this is malfeasance in public office, this is fraud. It is absolutely clear that there should be an immediate criminal investigation, but because this stench in public office goes right to the top, we know they’ll most likely get away with it, just like they always have.”