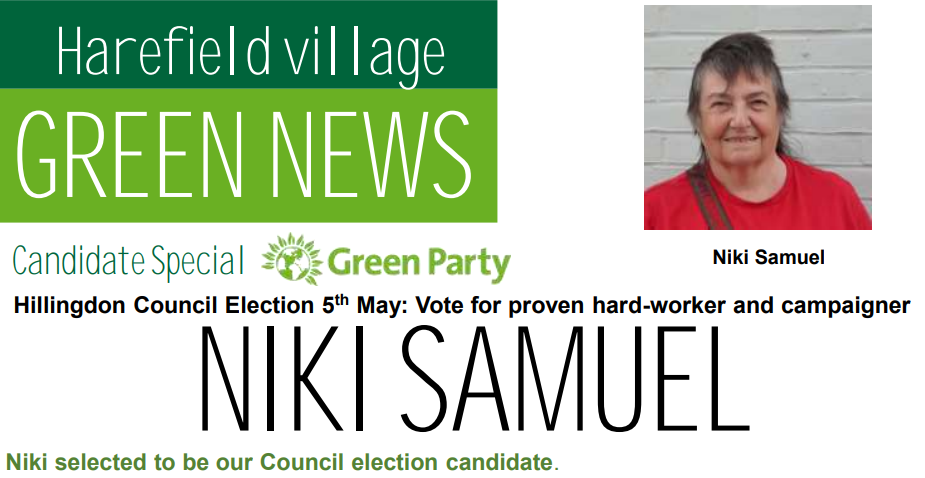 The Green Party has announced the council election candidate for Harefield. We are really pleased to say the have selected Niki Samuel.

Niki needs no introduction here. She is out regularly, all year round taking up all sorts of issues and helping to look after Harefield. She's been the only person knocking doors to hear your views. Only her regular "Green News" has kept everyone in Harefield up to date with whats going on and what she's been doing. Unlike other candidates who turn up at elction time every year then vanish after, only Niki has been campaigning hard for Harefield.

Niki said "I've decided to stand as a candidate for Harefield Village because I want to give back to the community I know so well, and I know we have been overlooked by Hillingdon council for far to long. I've managed to get a few things done locally of my own bat, but now I am asking for you to elect me as a councillor. Imagine how much more I could do as an elected councillor on the inside not just working and campaigning on the outside of the civic centre. Your vote in the Council election can make that happen."

Click here to see the whole of the Harefield Village Green News where we annouce Niki as our candidate for Harefield.